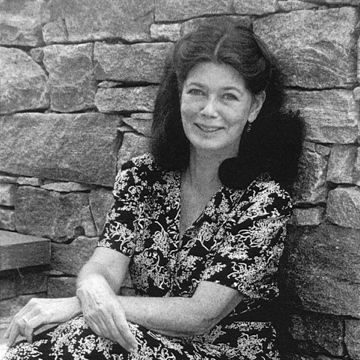 Alexandra Moltke Isles spent her summers with her grandmother in Denmark and the rest of the year in New York where her father was a permanent member of the Danish Mission to the United Nations and her mother was an editor at VOGUE.

Growing up as a U.N. brat honed her sensitivity to injustice and a theme running through all her work is social justice and dignity for the outsider.

Her passion for research was developed during her years as Researcher and then Assistant Curator at New York’s Museum of Radio & Television, now the Paley Center of Media where she curated exhibitions and screening series on the arts, drama and children’s programming. A research grant from the National Endowment for the Humanities launched her filmmaking career.

Alexandra’s history-based documentaries are as notable for the memorable personalities interviewed as for their integrity and the richness of their archival material.

Three of her films had special screenings at the US Holocaust Memorial Museum.

Alexandra has also been an interviewer for Stephen Spielberg’s Survivors of the Shoah Visual History Project and an ESL tutor at the Bellevue/NYU Program for Survivors of Torture. She is currently a volunteer school guide at the Metropolitan Museum of Art.